Following note written in response to a recent request for a threaded joiner between the removeable leg and the center column/head.  Great idea, never have seen such a nexus and any of you machinists that would like to offer it, let me know.

This is covered in earlier blogs, here it is again-

"There is the secret monopod that comes with all Tiltalls since the Uniphot (Fred Albu) in mid-1980.  A convertible idea - tripod with head changed to a monopod WITHOUT A HEAD.  You had to carry an extra head.

"One of the legs unscrews and joins to the removeable stop at the bottom of the column. Stop has a 1/4-20 threaded bolt (Marchioni and Leitz have the stop - usually hollow - but never with the thread.)

"Again, the nexus between the column/head and the removeable leg is a great idea - chat up a teacher at your nearest city college machining class - but the resulting monopod, yes, WITH a head would be 7 feet high. Again, good idea - I have never seen it.

"If you wanted only a monopod - this idea was huge at the NABshow.com [Apr2018] - meaning that there are more and varied monopods available at this time then ever before.  And probably for less than the cost of creating your leg/column nexus." 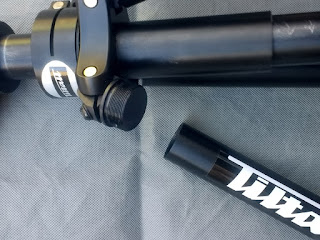 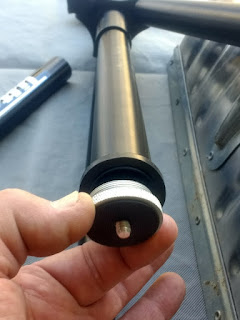 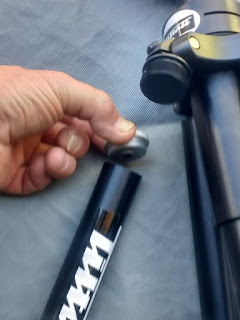 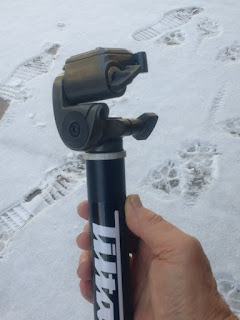